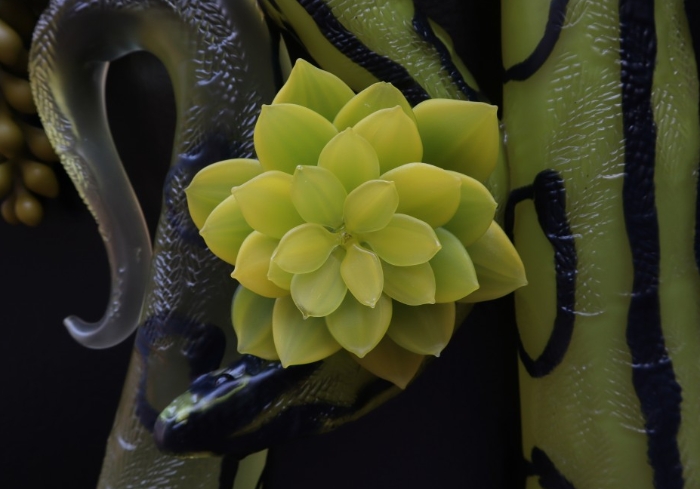 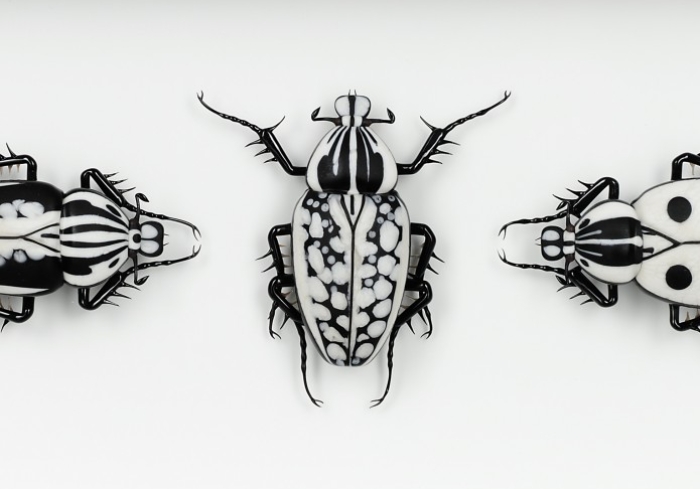 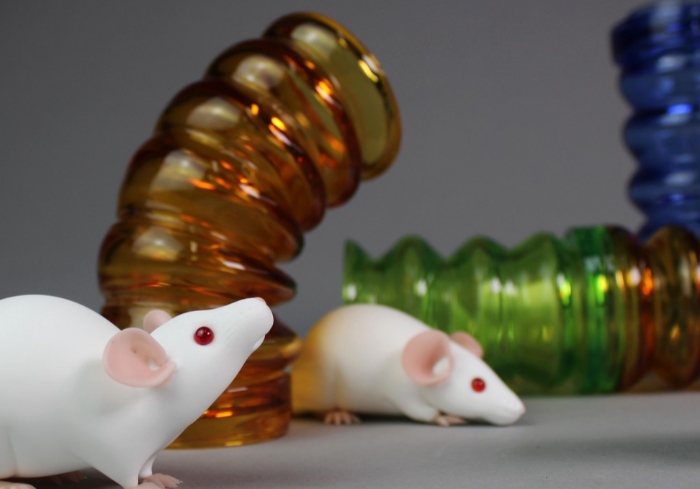 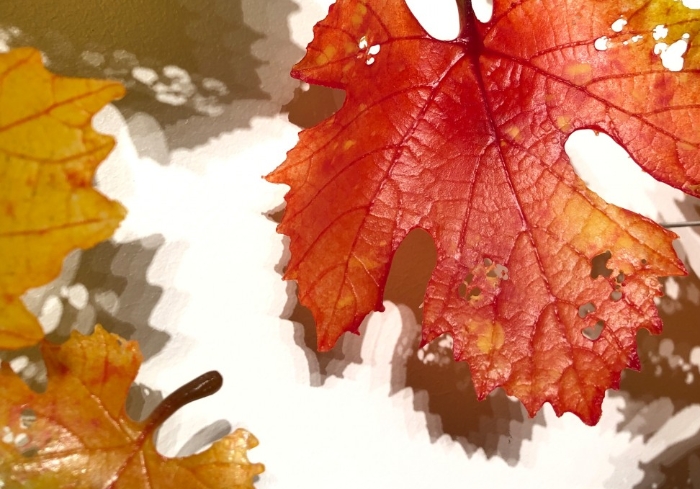 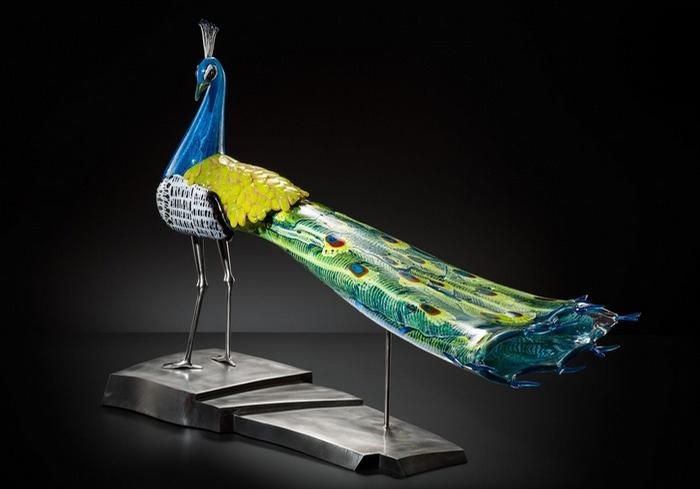 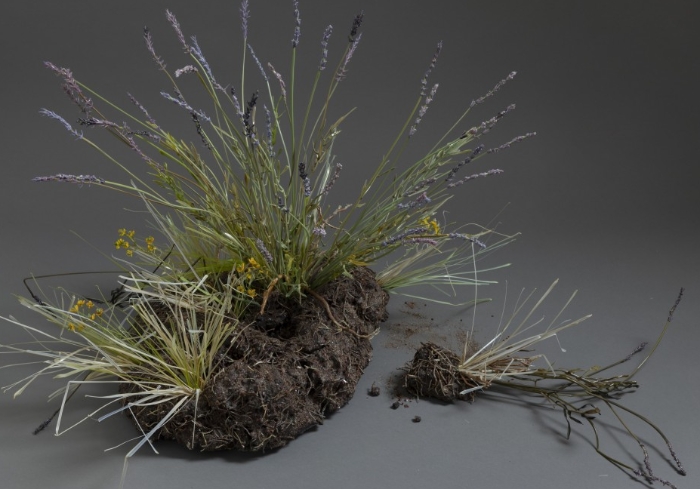 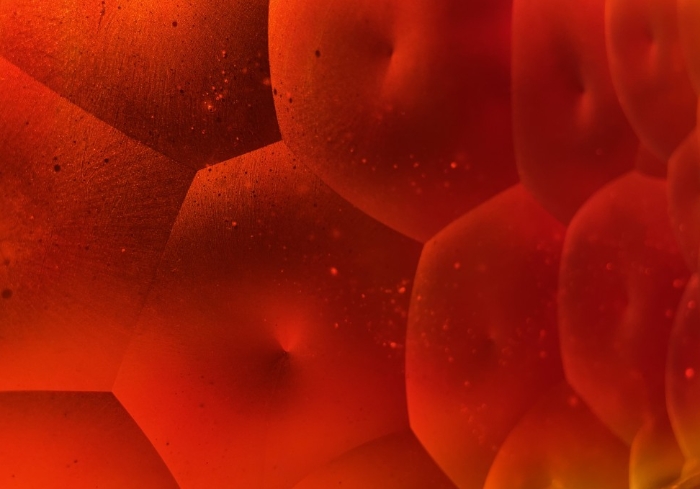 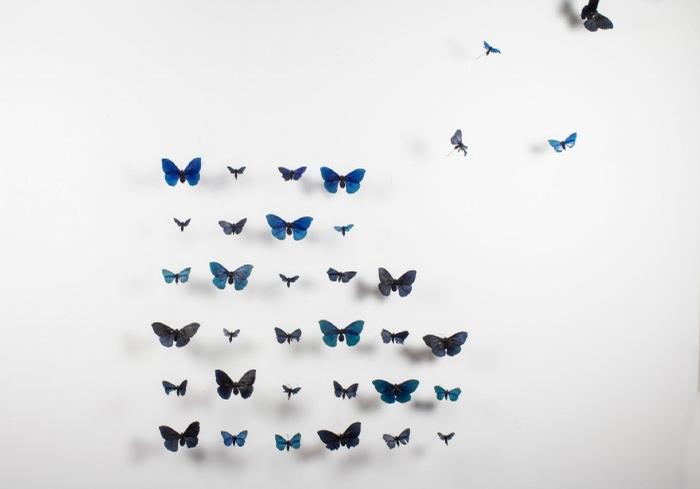 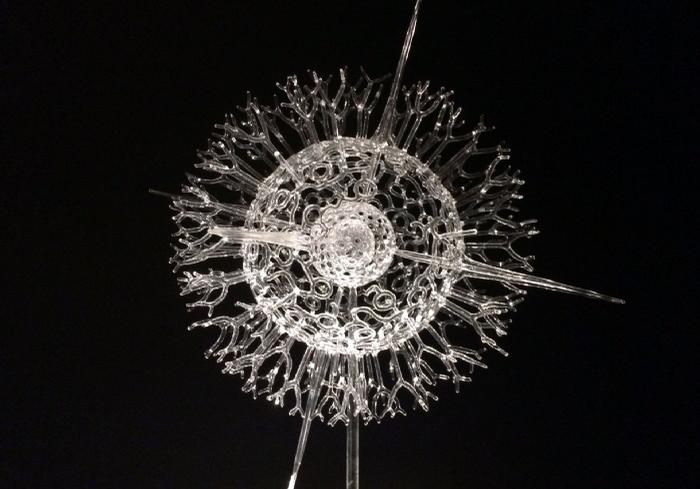 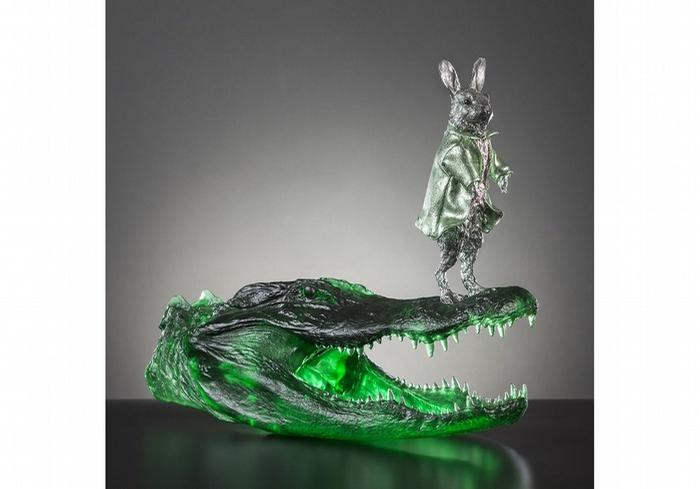 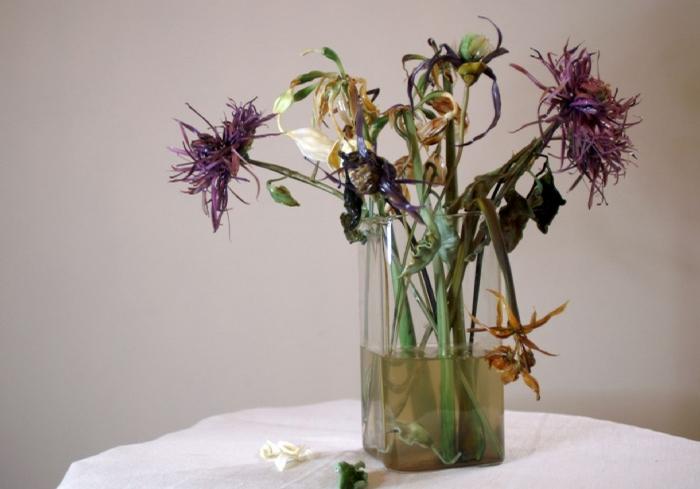 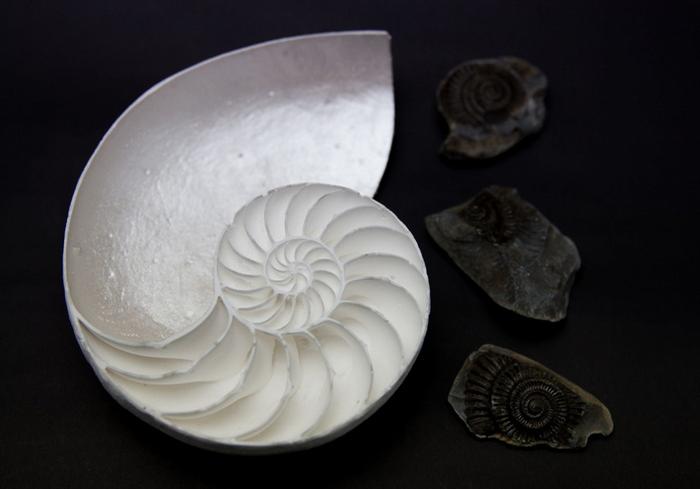 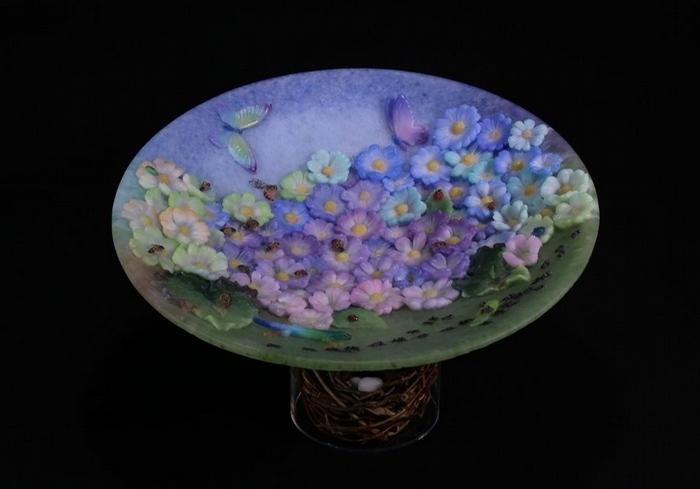 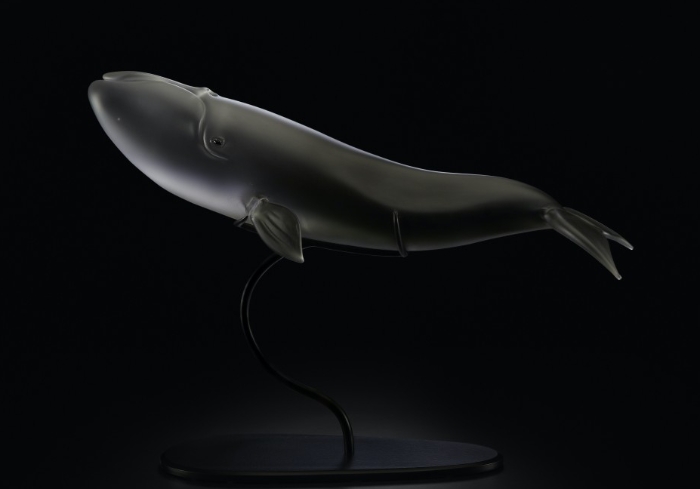 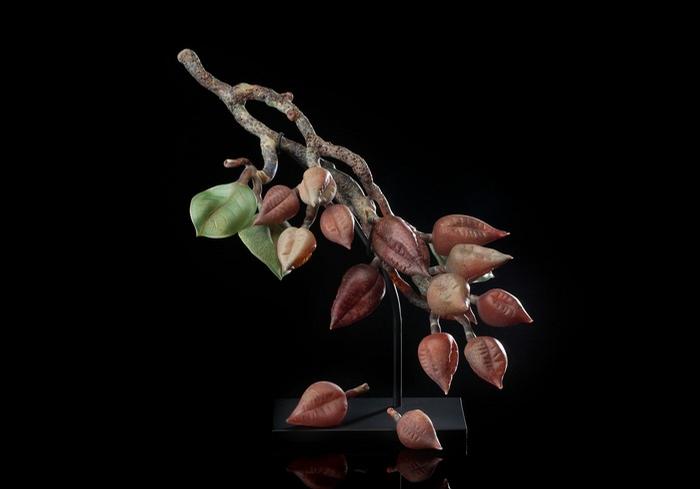 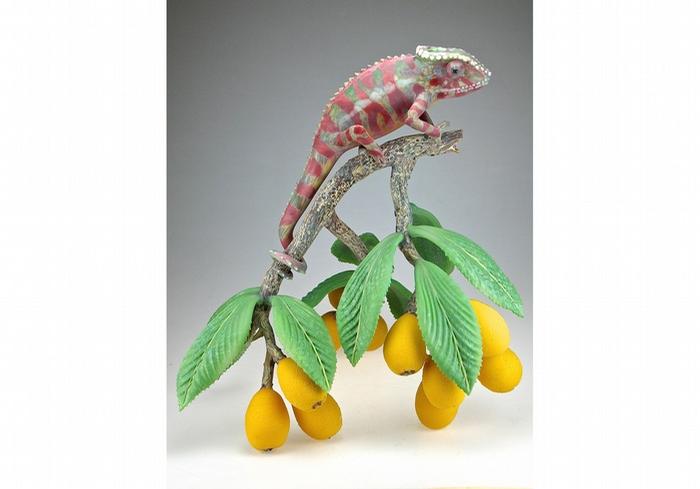 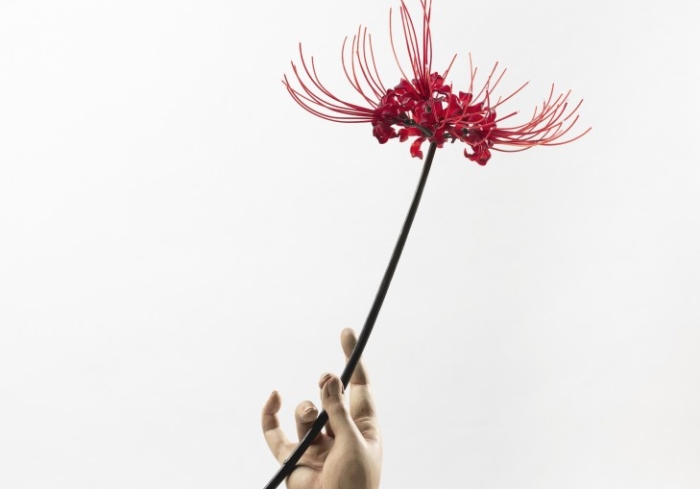 "Glass Lifeforms 2021" will be an exhibition of the best biological glass models made in the spirit of the famous 19th and 20th century models of invertebrates and plants made by the father and son team, Rudolf and Leopold Blaschka for the Harvard University’s Botanical Museum. Models were mandated to be of specific species and rendered as accurately as possible, but artistic presentation and creative contexts were strongly encouraged. Artists working in any glass technique (lampworking, glassblowing, casting, pâte de verre, etc.) were invited to submit an entry (one per artist or collaborative team). The jurying criteria was based on accuracy in representing the organism, aesthetic beauty, presentation, and originality. 53 pieces were selected from the work submitted for the exhibit.

Botany models consist of any recognized plant species. They may be a life-size reproduction or a proportionally scaled (larger or smaller) model. Magnified plant parts may also be included as part of the work or as an individual entry.

Zoology models include any recognized invertebrate or vertebrate species, including insects and birds. Skeletons or other anatomical features, in part or whole, life-size or proportionally scaled, may also be individually represented.

Scaled models of microorganisms were also acceptable and include microscopic plants (such as algae), animals (as plankton), fungi, lichens, diatoms, bacteria, and so on.

Jennifer Brown became the Collection Manager for the Glass Flowers in 2012. She has worked on many exciting projects since then, which include co-authoring Glass Flowers: Marvels of Art and Science at Harvard (2020), completing the most extensive exhibit renovation in the collection’s history, and co-curating special exhibitions within the Glass Flowers gallery. Jenny’s background in art and library science combined with her experience assisting glass artist Toots Zynsky prepared her to work with this unique collection.

Ginny Grieb is a research scientist and lab manager that currently studies development of the spinal cord using a zebrafish (Danio rerio) model system at Syracuse University. She holds a degree in Zoology from SUNY Oswego. Following graduation, Ginny managed a laboratory in the Department of Cell and Developmental Biology at SUNY Upstate Medical University, contributing to research projects studying cortical plasticity and autism. Her research led to publications in the journals of Experimental Neurology, Current Protocols in Neuroscience and Genetics. Ginny pursued her passion of glass artistry under the mentorship of Sally Prasch at Syracuse University and the Corning Museum of Glass. Ginny’s passion for nature, in conjunction with her love for science, has driven her passion for both scientific glass blowing and faunal art. In addition to her role as a member of the American Scientific Glass Society, Ginny has diligently pursued her apprenticeship with Sally Prasch and continues to incorporate her passions for science with her glasswork.

Heather McElwee is the Randi & L. Van V. Dauler, Jr. Executive Director of Pittsburgh Glass Center where she has worked since 2001, overseeing educational programming, exhibitions, fundraising and strategic direction for the organization. She has curated numerous shows in PGC’s Hodge Gallery including “Lifeforms”, “Pittsburgh Biennial” and “Turned On: Lighting Hooks Up with Sculpture”. Her own artwork is an investigation of the relationship of vessel to architecture, and has been shown in galleries across the country. Heather has a BFA in glass from College for Creative Studies and a Masters degree in Arts Management from Carnegie Mellon University . Heather has been interested in the artists’ role in creative placemaking since she moved to Pittsburgh in 2001. She serves on the board of The Brew House Association whose mission is to provide artists with the support needed to foster invention, creation, & collaboration, & encourage the pursuit of artistic excellence. She is a current board member and the treasurer of the international Glass Art Society.

Astrid Van Giffen is the Associate Conservator at the Corning Museum of Glass, holds a degree in the conservation of glass and ceramics (2007) from the Netherlands Institute for Cultural Heritage (ICN) in Amsterdam, the Netherlands. Before joining The Corning Museum of Glass in 2009, she worked briefly as a conservator in private practice and was the Samuel H. Kress Fellow in Objects Conservation at the Straus Center for Conservation and Technical Studies of the Harvard Art Museums (2008-2009). During this time she did extensive research on the Blaschkas and their glass, focused primarily on the collection of the Harvard University Herbaria (Harvard Glass Flowers and earlier works), which was expanded with an independent study of the Blaschka invertebrate collection at National Museums Scotland in Edinburgh. Her main research interests and areas of publication continue to include the glass models by Leopold and Rudolf Blaschka, as well as the deterioration of glass and developing new treatment techniques for glass objects.

Susan M. Rossi-Wilcox: Before retiring in 2007, Susan curated the Ware Collection of Glass Models of Plants (Glass Flowers) at Harvard University’s Museum of Natural History. She served on the Board of Directors of the Glass Art Society and edited the GAS Journal from 2008 to 2012. She received several fellowships for research on the Ware Collection including Corning Museum’s Rakow Grant and another from Max-Planck-Institut fur Wissenschaftsgeschichte (History of Science) Berlin, Germany. She curated and co-curated exhibitions at the Corning Museum of Glass, the Andy Warhol Museum, and the Butler Institute of American Art. She has lectured extensively and published more than 30 articles on a variety of topics on the glass flowers, and on culinary history. She has written several books including Dinner for Dickens: The Culinary History of Mrs. Charles Dickens’s Menu Book and co-authored Drawing Upon Nature: Studies for the Blaschkas’ Glass Models with David Whitehouse. She was a jurist in the first Lifeforms exhibition hosted by GAS.

There will be both an online catalog and a printed catalog of the “juried”s show. The “open” show will be available online as well.